On 01/05 by Staff at TOF posted in Locations, Louisiana, Where to fish

Louisiana is a one-of-a-kind place unlike anyplace we've ever fished. This list of ten top locales to catch fish will tickle your travel bug

Louisiana is one of the top fishing destinations in the entire country, some would even say the world. With ample fresh and saltwater options, there’s something for every angler in our great state. 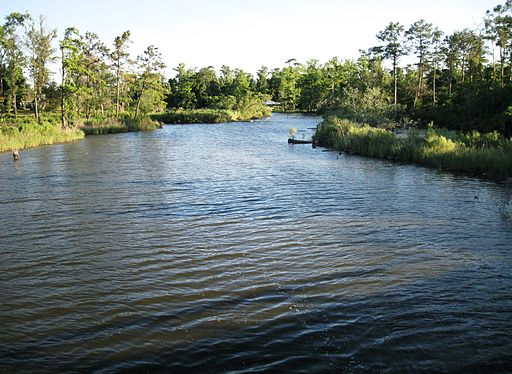 Near Breaux Bridge in St. Martin Parish, this lake is seen by thousands of people a day as they travel I-10 between Lafayette and Baton Rouge. The lake did suffer from damage after Hurricane Rita but is still home to large bass and other fish, as well as some of the wildest country in Louisiana.

By Chaotic42 at en.wikipedia (Own workTransferred from en.wikipedia) [Public domain], via Wikimedia Commons

This 26,810 acre lake that straddles the Louisiana-Texas line in Shreveport is called “the most beautiful lake in America” by some. Not ideal for skiers and boaters, the moss-draped cypress tress that populate this lake offer a huge variety of fish for anglers.

By U.S. Army Corps of Engineers, photographer not specified or unknown [Public domain], via Wikimedia Commons

A beautiful and expansive waterway south of Morgan City, the Atchafalaya Basin offers some of the best bass fishing in the state, especially in early spring.

By Charles Barilleaux from Cincinnati, Ohio, United States of America (Sailing by I-10) [CC BY 2.0], via Wikimedia Commons

South of Lake Charles, this 52,700 acre lake offers a beautiful saltwater estuary for speckled trout, redfish, founder, and much more. The Calcasieu ship channel serves as a beautiful place for boating, swimming, or skiing.

Union Parish Tourist Commission / Facebook In Union Parish, Lake D’Arbonne is a 15,000 acre expanse of what looks like flooded cypress swamp, best for fishing and duck hunting rather than motor boating. Largemouth bass, crappie, bream, and catfish can be found throughout this lake and visitors can stay in cabins, RV’s, or tents at the nearby state park.

By Chrismiceli (Own work) [Public domain], via Wikimedia Commons

This 186,000 acre reservoir offers more than 1200 miles of shorelines for anglers, bird watchers, and just general nature lovers. This lake consistently ranks among some of the best largemouth bass lakes in the country, and is also home to some enormous catfish.

A huge water system dominating all of southeastern Louisiana, this basin includes a variety of water formations including Lake Borgne, the Rigolets, Chef Menteur, Lake Maurepas, Pass Manchac, and North Pass. Abundant fishing is available throughout this brackish water, including some of the best speckled trout fishing anywhere.

Recently, this river played host to the 2012 Bassmaster Classic, where its five pools are home to some of the biggest bass in the country. Big catfish like to hang out in this river as well, which flows through Shreveport, Natchitoches, and Alexandria.

A complicated water system east of Alexandria that includes natural lakes, rivers, and flow-diversion projects offers some of the best crappie fishing in the state.

Floating Water Park at the Hamptons

Winter Camping? Snow or No?

The most entertaining & educational fishing newsletter you'll ever find